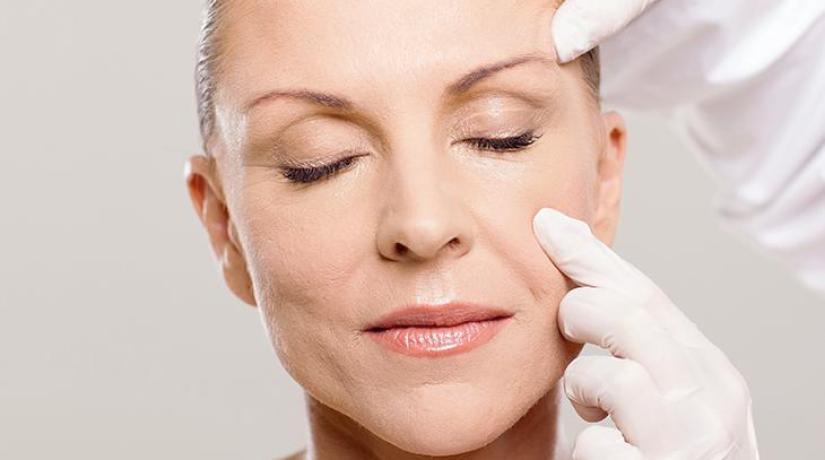 The skin loses its elasticity and our muscles slacken with age. For the eyelids this results in an accumulation of loose skin which collects as folds in the upper lids and forms deepening creases in the lower lids. At the same time there is slackening of the muscle beneath the skin allowing the fat, which cushions the eyes in their sockets, to protrude forward to give the appearance of bagginess. In some families there is an inherited tendency for bags to develop during early adulthood before any skin changes.

The problem often seems worse in the morning particularly with prolonged stress and lack of sleep. Fluid that is normally distributed throughout the upright body during the day, tends at night to settle in areas where the skin is loose, such as the eyelids. Drooping of the eyelids is also an effect of the ageing process and aggravates the accumulation of the skin in the upper eyelids. Sometimes so much skin accumulates in the upper lids that it hangs over the eyelashes to obstruct vision.

An eyelid reduction (blepharoplasty) removes the surplus skin and protruding fat to produce a more alert appearance and reduces the morning swelling. Sometimes it is only necessary to reduce the skin, sometimes the skin and the fat and sometimes just the fat. If only the fat is being removed from the lower eyelids, then this can be removed from the inside of the lower eyelid avoiding an external excision (transconjunctival blepharoplasty)

What are the consequences?

People who have the familial problem of bags beneath the eyes may well undergo surgery in their 20’s. Ageing effects of the skin are apparent earlier in the eyelids than elsewhere. A reduction of the skin can be carried out from the age of 35. Patients with thyroid disease often develop eye signs which can be helped by surgery. Where there is reduced secretion of thyroxin (hypo-thyroidism) there is an increase in fat and where there is an increase in thyroxine (hyper-thyroidism) there is often so much increase in fat that the eyes protrude. An extended eyelid reduction can treat this satisfactorily.

In a typical eyelid reduction operation incisions lines follow the natural lines of the eyelids.

What are the Limitations?

It is important for you to understand that only the wrinkles which are in the skin which is cut away will be removed. We are only treating the eyelids within the bony margin of the orbit (eye sockets). Folds of skin extending on to the cheek (festoons) will not normally be improved. Wrinkles in the area of the crow’s feet will remain and although the skin is much tighter it is still necessary to be able to open and close the eyes freely. The skin has less elasticity with age and for proper closure of the eye the upper eyelid will need to have surplus skin when it is open. Descent of the eyebrow can be helped by endoscopic brow lift and an extension of this, the deep facelift, can be used to not only lift the eyebrow and the upper eyelid, but also lift and open the outer angle of the eye.

Sometimes residual or recurrent wrinkles are suitable for treatment by chemical peeling or laser resurfacing. The operation has no effect at all on the dark colour of the lower eyelid.

In a typical procedure the surgeon makes incisions following the natural lines of your eyelids; in the creases of upper lids and just below the lashes in the lower lids (see illustration). These incisions are extended a little way into the crow's feet or laughter lines at the corner of the eyes. Through this incision surplus fat is removed and excess skin and sagging muscle removed.

If you have a pocket of fat beneath your lower eyelids without surplus skin then the fat may be removed through the inside of the lower eyelid.

Following surgery it would be best to keep your head elevated for a few days to reduce swelling. Cold compresses can also help. The surgeon will normally use non-dissolvable stitches which can be removed on the 6th-7th day of the operation and soon after you may be able to use make-up.

The closure of the eyes appears tight after surgery because of the swelling and because skin has been removed. If closure is not complete at night the patient should apply some eye ointment before going to sleep. This sensation will settle as the swelling goes down.

The eyes appear watery after surgery, partly because of swelling under the conjunctiva (chemosis) and partly because the tear ducts are swollen and do not drain as readily. This will last a few weeks. Although there is bruising it might be disguised with make-up and dark glasses. The scars will be pink for a few months, but they might become almost invisible.

What are the Risks?

All surgery carries some uncertainty and risk. You can reduce the risks by closely following your surgeon's instructions both before and after surgery. You should tell him of any thyroid disease, high blood pressure, diabetes or eye disorder such as detached retina or glaucoma.