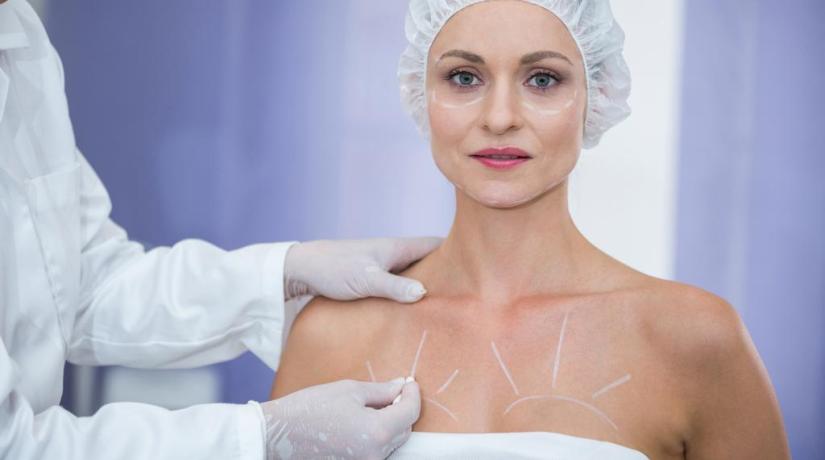 The nipple is of tremendous importance for a female. The nipple has a nutritive function as in breastfeeding basis. In order to achieve successful breastfeeding, an infant needs to suck the whole bulk of the nipple and almost hundred to eighty percent of the areola. That is why abnormal nipple conditions such as inverted nipples may result in problems with starting, establishing, and maintaining breast-feeding. Nipple inversion may cause cosmetic, functional, and psychological problems. Some of the physical signs may be irritation, inflammation, and interference with breastfeeding. An inverted nipple is defined as a non-projectile nipple.

The nipple is located on a plane lover than the areola. The nipple is invaginated and instead of pointing outward, is retracted into the breast parenchymal and stromal tissue. An inverted nipple may be seen in different forms and structures related to the severity of fibrosis, lack of soft tissue bulk, and lactiferous ductus. In some cases, the nipple may be temporarily protruded if stimulated, but in others, the inversion remains regardless of stimulus.

A congenital inverted nipple is clinically classified into three groups:

Grade I nipple can be easily pulled out manually and maintains its projection quite well without traction. The nipple is popped out by gentle palpation around the areola. The soft tissue is intact in this form and the lactiferous ducts are normal.

Grade II nipple is also popped out by palpation but not as easily as in grade I. The nipple tends to retract. The nipple has moderate fibrosis and the lactiferous ductus is mildly retracted but does not need to be cut to release the fibrosis. These nipples have been shown to have rich collagenous stomata with numerous bundles of smooth muscle.

Grade III nipple is a severe form in which inversion and retraction are significant. Manually popping out the nipple is extremely difficult. A traction suture is needed to keep these nipples protruded. The fibrosis beneath the nipple is significant and the soft tissue is markedly insufficient. On histologic examination, the terminal lactiferous ductus and lobular units are atrophic and replaced with severe fibrosis.

Numerous techniques have been reported to correct the inverted nipple. It was also reported that no single technique is appropriate for correcting all types of nipple deformities because different grades of inverted nipple have different levels of fibrosis, soft tissue bulk, and lactiferous ductus structure. The best approach for correction is described as simple and reliable. In addition, a technique with low recurrence rate, with less or no scar, that requires no bulky or special dressing, and that preserves lactiferous ductus function is desirable.

Nipple correction price in Turkey varies depending on the patient's needs, and the other procedures that it will be combined with. So, in order to get a quote, you can contact us.